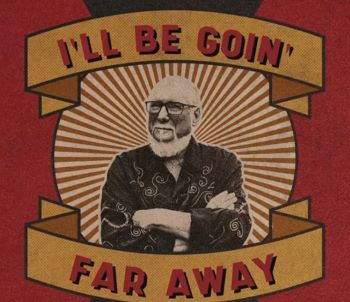 In soul, many claim legendary status but few merit it. Without doubt, one who does is guitarist STEVE CROPPER. His achievements are numerous … I mean, Booker T and the MGs, the Stax house band, the Blues Brothers and song writing credits that include ‘The Midnight Hour’, ‘The Dock Of The Bay’ and ‘Soul Man’. Session wise he’s played with people like John Lennon and produced for people like John Prine, Jeff Beck, and John Cougar Mellencamp. In an almost seven-decade career he’s also cut his own records … all acclaimed by the proper soul brigade, but all too sporadic in frequency.

Well, after a long break (we think his last release was 2011’s ‘Dedication’), Steve is all set to release a new album… ‘Fire It Up’, due April 23rd on Mascot/Provogue.

To hear a taster, the   first single has just been released and ‘Far Away’ sounds just as you’d expect. Tough and rough and brash, it features vocals from Roger C Reale who trades lines with Croppers biting guitar work over a parping, brassy backing track. Old school for sure and a great augury for ‘Fire It Up’.