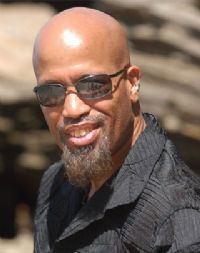 www.soulandjazzandfunk.com fan PHIL GREEN has been in touch to remind us (and by extension, you) that there’s plenty of live smooth jazz on offer in the coming months. Key venue appears to be the famed Piazza Express in Soho’s Dean Street. Over the next few months they’ve a galaxy of smooth jazzers lined up – including JEFF LORBER, BOB BALDWIN, MICHAEL LINGTON and PAUL BROWN. For fuller information go to www.sky.fm/smoothjazz/events … for those maybe a bit more adventurous and willing to go further afield, the beautiful city of Munich is hosting a smooth jazz festival between 4 – 6 September (well in advance of the Beer Festival!) . Players already penned in to appear include BRIAN SIMPSON, DAVE KOS, MARCUS JOHNSON, RICHARD ELLIOT and RICK BRAUN. Some of the Bavarian capital’s best venues will be hosting the shows and there’s more info (in English) @ www.smoothjazzfestival.de