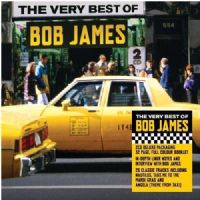 After the winter chill, spring brings a bumper new crop of fine smooth jazz albums. Top of the listings is a wonderful retrospective on the evergreen BOB JAMES. The double CD – put together by BOB and www.soulandjazzandfunk.com‘s CHARLES WARING – picks the best of JAMES’ solo outings along with some of those top-notch collaborations that have punctuated his career. It’s quite excellent … well, we would say that, wouldn’t we? But it is. Amongst the brand new releases, there’s a groove-heavy set from super sax man RICHARD ELLIOT. His ‘Rock Steady’ album includes covers of ‘Move On Up’, Keep On Truckin” and that ARETHA tune. The label is Artistry. Same label also offers a mellow ‘L’il Man Soul’ from JACKIEM JOYNER – a one time ELLIOT prodigy, by the way. The RIPPINGTONS return to the racks too with ‘Modern Art’ while the prolific PIECES OF A DREAM serve up ‘Soul Intent’. Dream man, JAMES K. LLOYD is also heavily involved on the new set from WALTER BEASLEY. Entitled ‘Free Your Mind’, the cut ‘Love Calls’ – featuring a big vocal from LYNNE FIDDMONT – is a standout. Label for those last two is Heads Up. Nu Groove in the meantime have a couple of soporific guitar albums; there’s a brand-new set from TORCUATO MARIANO (‘So Far From Home’) and a 14 track retrospective on BRIAN TARQUIN. Same label has a vocal collection from chanteuse TONI REDD. ‘N In The Key Of Redd’ was produced by and features the ever-reliable BOB BALDWIN and the set has a real flavour of ANITA BAKER about it. Finally to prove that there’s still life in the old Hammond B3, JOHN NOVELLO finds new grooves on his ‘B3 Soul’ 15 tracker. Reviews on all these album on www.soulandjazzandfunk.com very soon.