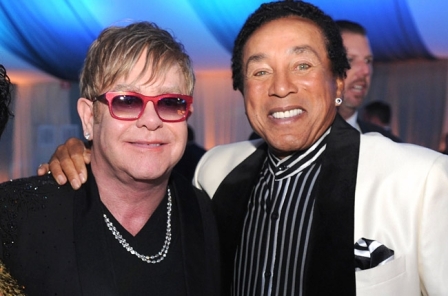 Verve Records have announced that they’re set to release a SMOKEY ROBINSON duets album in September. The label says that the Motown legend is currently working with producer Randy Jackson on “re-imaginings” of some of his most famous songs…. and not just his own hits, but songs he wrote for others.

Already in the can are new versions of ‘Tracks Of My Tears’ which features Elton John and ‘Ain’t That Peculiar’ (a song Smokey wrote for Marvin Gaye, of course) on which the partner is James Taylor. The album, by the way, is tentatively titled ‘Smokey and Friends’.