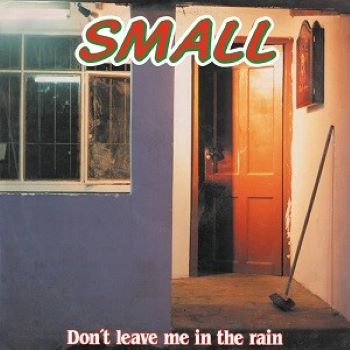 It says a lot about rarity and obscurity when a record label doesn’t know an awful lot about the artists they’re releasing music on! Well, that’s the situation with the RE:WARM label and their artist(s) SMALL – you see  they don’t even know if “Small” is a band or a solo performer!

What they do know is that Small was /were active in South Africa in the 1990s and peddled an infectious mix of African House-infused pop and dance. The Small album , ‘Don’t Leave Me In The Rain’ has built up quite a reputation with the retro dance crowd, hence the upcoming Re:Warm reissue.

The music on the 8 tracker is lively and infectious. Highlights include the soulful, melodic ‘Without You’ and the optimistic ‘Melody Of Love’ which, once you get past the intro, might remind you of Jam and Lewis’s work with the Sounds Of Blackness.

Small: ‘Don’t Leave Me In The Rain’ is  released via Re: Warm on 18th November. It will  be available in a  small release run of just 500 vinyl copies