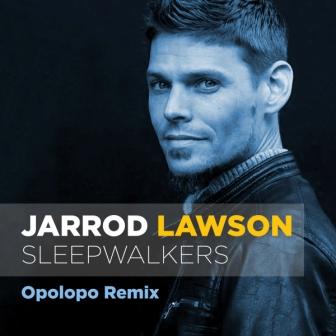 ‘Sleepwalkers’ was always one of the big tunes on JARROD LAWSON’S eponymous debut album. Weighing in at just over six minutes it was a big Latin-flavoured romp with some provocative lyrics that dealt with the “comfort of compromise”.

Fans of that tune in particular and Mr Lawson in general will be delighted to know that the song’s just been remixed by Hungarian mix -meister Peter Major – known and loved by all as OPOLOPO.