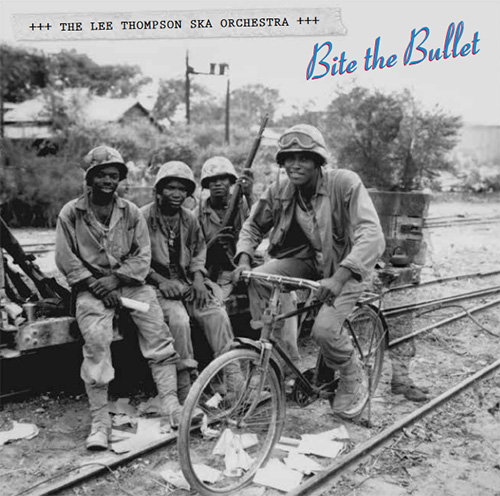 LEE THOMPSON is the enigmatic sax man with MADNESS. It’s his horn on tunes like ‘House Of Fun’ but just for fun, our Lee moonlights with his own band, THE LEE THOMPSON SKA ORCHESTRA. It’s a fluid but large ensemble that debuted back in 2013 with ‘The Benevolence Of Sister Mary Ignatius’ which is now followed up with ‘Bite The Bullet’.

Where that collection was a set of ska covers, the new long players consists mainly of originals which Mr T says he “forced” the band to write. Expect plenty of unusual flavours like trombonist Bob Dowell’s ska take on spaghetti western themes, ‘Western Standard Time.’

There are some covers too. The Bond theme ‘On Her Majesty’s Secret Service’ gets a makeover; there’s the Beatles’ ‘I’ll Be Back’ as well as twist on the soul standard ‘Cry To me’ featuring vocals from Sumudu Jayatilaka.

BITE THE BULLET from the Lee Thompson Ska Orchestra is released on Axe Attack on August 26th.