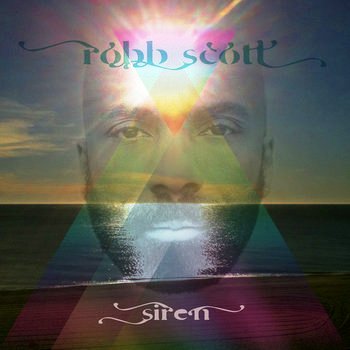 If you like your music a little more adventurous and (dare we say it?) cerebral then you could do worse than check out the album ‘Siren’ from Robb Scott. Scott is a London-based a musician, singer, songwriter, composer, arranger and producer with several albums under his belt. Robb has also worked in a number of bands as well as composing for film, promos and commercials. ‘Siren’, though, I’d venture to suggest, is his most ambitious project yet.

For starters it’s an epic 18 tracker that touches all kinds of musical, bases and with song titles like ‘Venus In Virgo (A Perfume Tone)’ you know you’re not in for an easy musical ride, especially when you see that the “Overture” is the penultimate track, followed by what Robb calls the “Postlude” – ‘You Ought To Go With Me’.

So what’s the overall ‘Siren’ soundscape? Well… impossible to say; there’s all kinds of everything here – all tied together with a commitment to serious soul and jazz. To try to give context, try to imagine Rotary Connection meeting up with Donald Byrd in the Cafe Del Mar then getting Charles Stepney in on the act! Bizarre, yes, but even that doesn’t really tell you what ‘Siren’ sounds like. In places it’s ethereal and atmospheric; elsewhere robust and brash but it always intriguing.

Most accessible tune is the bold, brass-laden groove that is ‘Neptune Atmosphere (You Didn’t Feel My Love)’. Here the soulful vocal come courtesy of Gina Foster (other featured vocalists include Sylvia Mason James, Elizabeth Troy, Sandra St Victor and Julia and Maxine Waters). Then there’s the lengthy ‘California Suite Revue’ which, in places, reminds me of something else… could it be Light Of The World’s ‘Bahia’?

Complex or not, ‘Sirens’ has clearly struck a chord; it now features on several credible soul album charts and its available now on Rotary End Records.