SIR SPENCER; THE SECOND TIME AROUND… 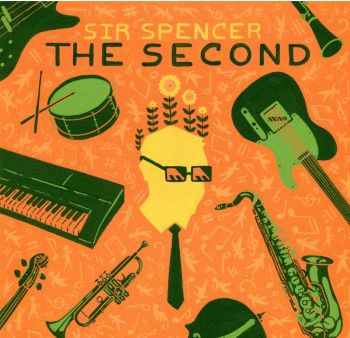 Self-proclaimed “independent musical mixologist” SIR SPENCER (Craig Sullivan) made quite an impression with his first album, ‘The First’. A beautifully crafted mix of 80s flavoured soul and funk, with a hint of blues, a dash of old school soul and a garnish of EDM, it proclaimed the emergence of talent who clearly knew and loved the genres he was working with. Now, 17 months  down the line Spencer/Craig is gearing up to release his follow up album – named with admirable consistency, ‘The Second’. But what’s in a name? Someone called Berry Gordy once said it’s what’s in the grooves that counts and previews of his lordship’s ‘The Second’ reveals a plethora of quality soul in its grooves (yes, we know digital music doesn’t actually have grooves, but you get the point!)

The release of ‘The Second’ was flagged up by two lovely singles… ‘Control Me’ and ‘Turn Us Back Around’. The former was/is a sweet soulful mid-tempo groove with a suitably soulful vocal from Minneapolis-based singer Kendra Glenn; the latter was equally soulful and sensual with the vocal handled by the song’s co-writer, Chrissi Poland. The cut was embellished by some classy sax work from sometime Prince compatriot, Jason Peterson DeLaire. Those two tunes still shine strongly on the album as too does ‘Sunflower’ which Sir Spencer released as a single in 2021. More input here from the ever reliable Jason Peterson DeLaire.

Of the new material, the slow burner that is ‘Maybe’ impresses but the real treasure is  ‘Be About It’ (the wonderful Kendra Glen at the mic again). This is a glorious contemporary soul groove – fresh and vital but with its roots deep in soul’s rich heritage. It’s a tune!

The album boasts a couple of ballads … the electro-flavoured ‘I Know’ and the more sombre ‘Closer To Me’ (vocal from Blckatom) while a track called  ‘Oh!’ is a loose and leggy instrumental jam allowing the band (marshalled again by Jason Peterson DeLaire) to really stretch out!

Sir Spencer says of ‘The Second’; “At the time we were wrapping up the collection of songs that ended up on ‘The First’ record, we had a couple of others – notably ‘Sunflower’ and an early version of ‘Maybe’ – that were almost done. Not that music is ever really done, of course. We decided to just keep on writing and collaborating remotely and we scheduled a few in-person sessions as and when we could. The result is a record that pretty much showcases our broad musical interests, provides an outlet for some experimentation for us and the other artists. We think it hangs together pretty well.”

See if you agree when Sir Spencer’s ‘The Second’ wins official release on October 22nd. Find out more @ www.sirspencermusic.com