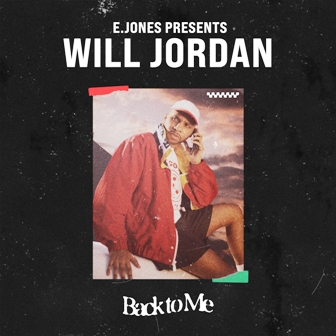 Plenty of quality indie soul being released lately Stateside. Time to highlight three that recently dropped on our virtual doormat. Oddly they didn’t come with too much info – but with a little diligent web research you should be able to track them down.

First up is a graceful, mid-tempo harmonic groove, ‘Back To Me’ credited to WILL JORDAN “presented by E JONES”. Both anonymous to us but they’ve crafted a splendid grown-up, sophisticated slice of modern soul in ‘Back To Me’.

Some serious collectors might already know about ‘Closer’ from ANTHONY FAULKNER. The song’s a building ballad and was first released back in 2016. Its USP was/is the involvement of ANGELA WINBUSH.  She’s mentoring Anthony and has polished up the original and promoting it afresh and it’s winning Stateside airplay.

Finally Major Harris’ ‘Love Won’t Let Me Wait’ needs no introduction here. It’s a proper soul staple, now resurrected by another indie soul man, TONY WALK. Again don’t know too much about Mr Walk save that he’s a fine singer and takes no liberties with the classic – never straying too far from the already oft-covered original. We believe it’s taken from  an upcoming album.