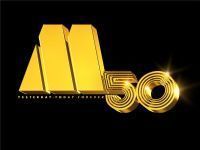 As part of Motown 50, the year long celebration to commemorate the 50th anniversary of Motown, Universal Music Catalogue is releasing 25 limited edition 7″ singles featuring 50 classic Motown cuts. Limited to just 2000 copies, the singles will be released in batches of five singles at a time with a different Motown act featured on each side of the disc. The first batch will be released in January 2009, with the following batches released in March, May, July and September 2009. Each batch of singles will come with a Motown Spider and a download card entitling fans to a free digital download of their purchase. In addition, fans who purchase all five batches of the singles will qualify for a Motown presentation box to house the complete set – a truly collectable item. What’s so interesting about the project is that the selected songs aren’t the usual, obvious Motown chestnuts as witnessed by the first five (January) releases ….. BARRETT STRONG – Money / THE CONTOURS – Do You Love Me; MARY WELLS – My Guy / CAROLYN CRAWFORD – My Smile Is Just A Frown; BRENDA HOLLOWAY – Just Look What You Have Done / THE SUPREMES – Love Is Like An Itching In My Heart; THE VELVELETTES – Lonely Lonely Girl / THE MARVELETTES – I’ll Keep Holding On; FOUR TOPS – Something About You Baby / TEMPTATIONS – Get Ready. On a slightly different tack, Universal are also releasing STEVIE WONDER’S ‘For Once In My Life’ as a 7″ Tamla Motown single.The song was originally released 40 years ago and is being reissued to celebrate STEVIE’S incredible career to date and the huge success of his ‘Definitive Collection’ album.