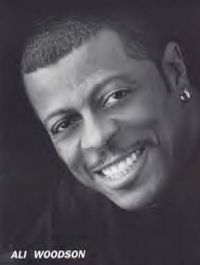 Summer’s traditionally a slow time for singles (in any genre), but right now there’s some decent soul singles around. Biggest of the bunch is a wonderful return from the inimitable ALI WOODSON – though the single’s not actually down to the ex-Temptation. ALI is the guest vocalist on keyboardist MO PLEASURE’S ‘R U Down?’ – the lead single from the smooth jazzer’s upcoming LP. The mid-tempo groove sounds like a classic 80s Temptations throw back with just a hint of the unbridled passion of BOBBY WOMACK. Ploughing a similar groove is ‘My Shero’ from someone who goes under the name BIGG SHADEY. The ‘Shero’ of the title implies ‘heroine’ and MR. SHADEY’S velvety voice reminded me a lot of BILLY ECKSTINE. Steppers might want to seek out a lovely light cut from TERRELL HOUSE – ‘You’re The One’. Gentle, light and unprepossessing, it’s a pleasing summer floater. From the UK now – HAYDON – one time the lead singer of ULTIMATE KAOS – kicks off a solo career with ‘Get Into You’ which should please both the soul and R&B crowds. There are two mixes on the single and both have a real, old school soul feel to ’em. All on indie labels those – diligent internet trawling should let you grab a listen. The major labels are also hoping for some summer success, with RCA pinning hopes on JENNIFER HUDSON . Her ‘Spotlight’ is a catchy pop/soul sound, while ex DESTINY’S CHILD, MICHELLE WILLIAMS tries for a hit with ‘We Break The Dawn’ – the lead cut from her first non-gospel solo set ‘Unexpected’. With the right support both could get away, though the best major label single at the moment is clearly ROBIN THICKE’S ultra catchy ‘Magic’ … and magical it is. Could Mr. T have found, at long last, the song that will effect that final big breakthrough? We think so…..