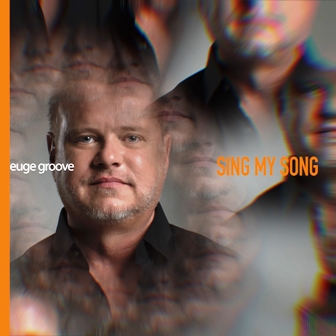 The latest album – his 12th as leader – from EUGE GROOVE is a fine 11 track affair ‘Sing My Song’. Maybe you might think that an odd title for what is essentially an instrumental album… well yes it is. The LP’s focus cut, though, is the one the set’s named for – ‘Sing My Song’ and, yes; it is a vocal… a rather special one with the peerless Maysa at the mic. Ms Leek handles the thoughtful lyric with all the sensitivity you’d expect from a singer with such a pedigree – weaving in and out of Mr G’s delicate sax lines. As a real bonus listeners get to enjoy the song again at the end in a different mix…  a tad more dramatic but just as fulfilling.

Maysa is one of a number of featured guests. Amongst the others are Paul Brown, Phillipe Saisse and Peter White whose acoustic guitar is a treat on the set’s big slowie… the sombre ‘Until Tomorrow’. Elsewhere, ‘Sing My Song’ is stuffed with classic, sax-led smooth jazz, soul-infused grooves like the opener ‘Hey Boo’, the funky ‘Dirty Dozen’ and the six minute cover of Herb Alpert’s  ‘Rise’. You would though expect nothing less from a saxophonist who served his apprenticeship in Tower of Power. Back then, of course, he was just Steven Eugene Grove. His solo marquee moniker is much more appropriate!

Euge Groove’s ‘Sing My Song’ is out on June 26th on Shanachie Records.