SINGING IN THE RAIN… 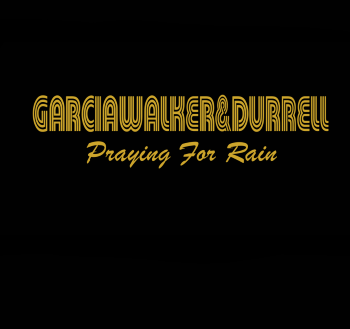 Despite an all too short existence, DRIZABONE are a UK soul institution. Their reputation is chiefly based on their ab fab 1994 ‘Conspiracy’ album, often cited as the best UK soul album… ever! It spawned the hits ‘Brightest Star’, ‘Pressure’ and, of course, the perennial ‘Real Love’ which is still guaranteed to fill modern soul room floors. At the core of Drizabone were Vince Garcia and Billy Freeman (who also used the surname, April) and sadly the usual “musical differences” meant that the team eventually split. Freeman to form the Drizabone Soul Family and Garcia to set up Driza.

Freeman and Garcia worked on other projects – perhaps the best known was Vince’s 2014 collaboration with soul vocalist Vince Durrell that produced the modern soul anthem ‘Praying For Rain’ (a highlight on 2014’s Soul Togetherness album, I recall).

At the time there were rumours of a whole album and indeed a few more Garcia/Durrell tracks surfaced but not the full long player. Fast forward – good news! Soul Intention Records have “discovered” the “lost” album and are all set to release it under the title ‘Praying For Rain’ and it’s credited to GARCIAWALKER&DURRELL (that’s how it appears on the artwork… Walker, by the way, is bassist, drummer, keyboardist Mark Walker)

The album is a stunning 10 tracker, and the focus cut appears to be a cover of Beloyd’s 70s modern soul classic ‘Get Into Your Life’. It seems that original copies of the record are fetching something upwards of £200 a throw  and , you know, the new (well 2014 actually) version is every bit as good … classic modern soul all the way. Though it’s the focus cut, there’s plenty more that’s as good, better even! For starters try the two cuts that feature guest input from Shaun Escoffery – the pleading ‘My Prayer’ and the cool and sophisticated ‘Maybe Next Time’. Michelle Escoffery is amongst the other guest artists while the Brooklyn Horns offer authentic Southern style blowing on ‘Don’t Break My Heart’. For a slightly different flavour Gloria Garcia adds spoken word input (in Spanish) to the imaginative ‘Stars’.

From start to finish ‘Praying For Rain’ is a wonderful exercise in sophisticated, stylish modern soul music. Last week we nominated Durand Jones  and the Indications’ ‘Private Space’ as a contender for album of the year. ‘Praying For Rain’ gets the nod too – but why it wasn’t album of the year, 2014 beggars belief! It’s out now via Soul Intentions and you can grab a preview via internet soul stations… the album’s being featured all over them!