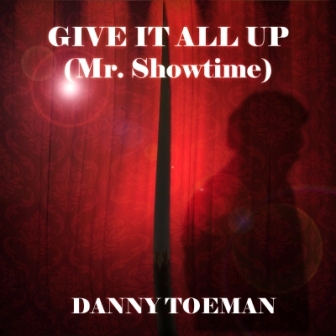 London-based blue-eyed soul man DANNY TOEMAN has been on the scene for a while now. Back in 2014 we enjoyed a double A sided single ‘That Sinking Feeling’/’Layin’ It On The Line.’ Then earlier this year we were treated to ‘She’s Got Something About Her….’ a lovely, mellow Tower of Power flavour.

Now DT is back with another fab single…. ‘Give It All Up (Mr. Showtime)’. The cut begins with a dramatic opener before developing into a lovely, sweet love song that blends vintage vibes and contemporary style – a prefect showcase for Danny’s remarkable voice!

We’ve been promised a full album for a while…. it’s “on its way”! In the meantime enjoy ‘Give It All Up (Mr. Showtime)’ and you can catch Danny live, fronting his seven-piece band The Love Explosion on 14th November @The Finsbury – 336 Green Lanes N4 1BY.