SHOW ME THE WAY…. 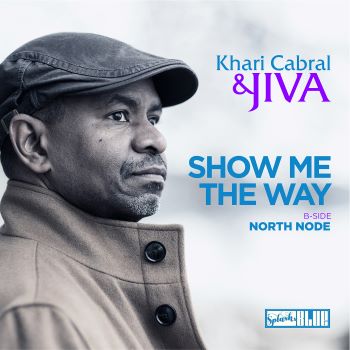 Bassist/writer/producer Khari Cabral (Simmons) has a great CV. He was there in the 90s when the eclectic Atlanta soul scene started to take off. His first band was Earthseed but he worked with plenty more revered names including India Airie and Sirius B. Our man’s also worked with Incognito’s Bluey Maunick and it’s Bluey’s Splash Blue label that’s the source of Khari’s latest single – a pleasing pairing of two contemporary soul sides… ‘Show Me The Way’  and  ‘North Node’.

‘Show Me The Way’ is a solid, bass-led groove (you’d guess that, of course) which features a convincing vocal from Cleveland Jones (flavours of MJ). The Black Betty’s provided the harmonic BVs while the producer’s band, Jiva, offer great support. The (maybe) oddly named ‘North Node’ is a jazzy instrumental featuring heavy bass lines and a driving guitar lead courtesy of Trevor Wolford.  Both tracks (which are out now) are  from an upcoming album.