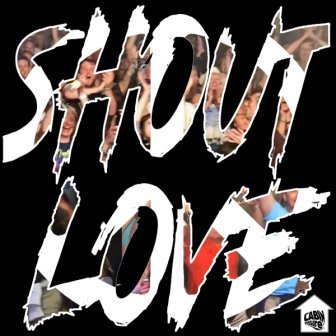 Last year UK band DAYTONER impressed all and sundry with their retro grooved album ‘Off The Hook’. It was the band’s debut set and it quickly won the support of funk and soul tastemakers like Craig Charles. We were told that the album title refers to the fact that the set featured no samples – just the band’s original parts alongside the lyrics of singer, Lucy Richards. Ms R delivered like a vocal tsunami – full of passion, commitment, grit, energy and, yes, soul. Soul commentators made comparison with people like Aretha and Etta James and dear old Amy Winehouse.

Daytoner now return with a double A sided single – ‘Shout Love’/’My Sweet Baby’ and Craig Charles is already playing both sides to death. They offer more of Daytoner’s raw, organic take on soul with ‘My Sweet Baby’ fast and frantic – Northern, yes (zipping strings too!) while ‘Shout Love’ is a tad more sedate – though that’s not really the best word to describe the Daytoner sound!

The vinyl single will be available from May 31st, but we’re told that preview copies (including signed test pressings) are circulating via the group’s Bandcamp site.