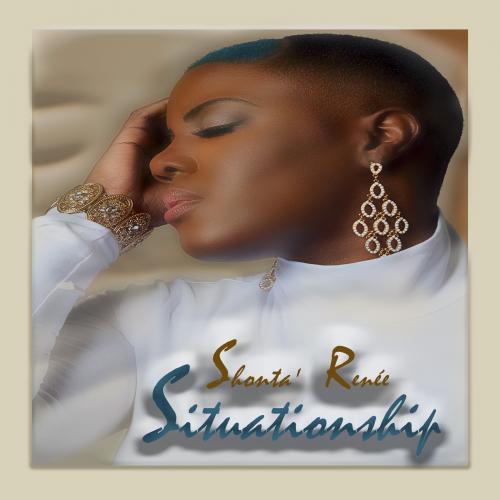 SHONTA’ RENÉE is a US soulstress who hails from Savannah, Georgia. She “found” music aged just 5 after hearing Ella Fitzgerald and Anita Baker but her pro career began in 2011 while she was still studying at Savannah State University.

Local interest encouraged Shonta to release a single in 2014 … a shuffling neo/nu soul tune called ‘Mocha Man’. Very much in the Jill Scott mould, the song’s video clocked up 10,000 YouTube views. Two more singles – ‘Slow Down’ and ‘Regretful’ followed and the career momentum continued when ‘Regretful’ being placed in a US TV movie, ‘That Guy’.

Ms Renée has now collected together those three songs and added 6 new recordings to release her first long player. Not quite a full album, but longer than an EP, ‘Situationship’ reveals a serious artist who’s not afraid to experiment. Each song is presented in an intriguing and in places, adventurous setting, all adding to the overall intrigue.

Musically the overriding flavor is neo/nu soul though in places (like the lazy intro cut, ‘Déjà Vu’) Shonta shows off some jazz licks. ‘Mocha Man’ remains the highlight. Find out more @ www.theshontarenee.com