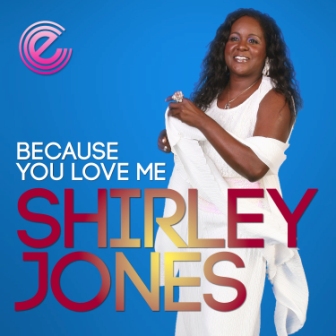 SHIRLEY JONES of THE JONES GIRLS is set to release a brand new single. The song is called ‘Because You Love Me’ and sees the one-time Philly icon reuniting with ERROL HENRY, the respected UK based songwriter and producer who produced the ‘Coming Back’ album for Shirley and her sisters back in 1992.

Errol Henry, of course, ran the well-loved Intimate label and when he found out that Shirley was back in the UK earlier this year and willing to record again, he dropped everything to make something happen. The result is this new single which though totally contemporary retains a lot that made the Jones Girls’ recordings so special. At the moment there’s a huge hope that further collaborations are on the way – hopefully an album next year.

The record is released exclusively in the UK on Expansion 7″ and around the world on iTunes. And it will also be included on Expansion’s upcoming Luxury Soul box set, slated for January 2015 release.