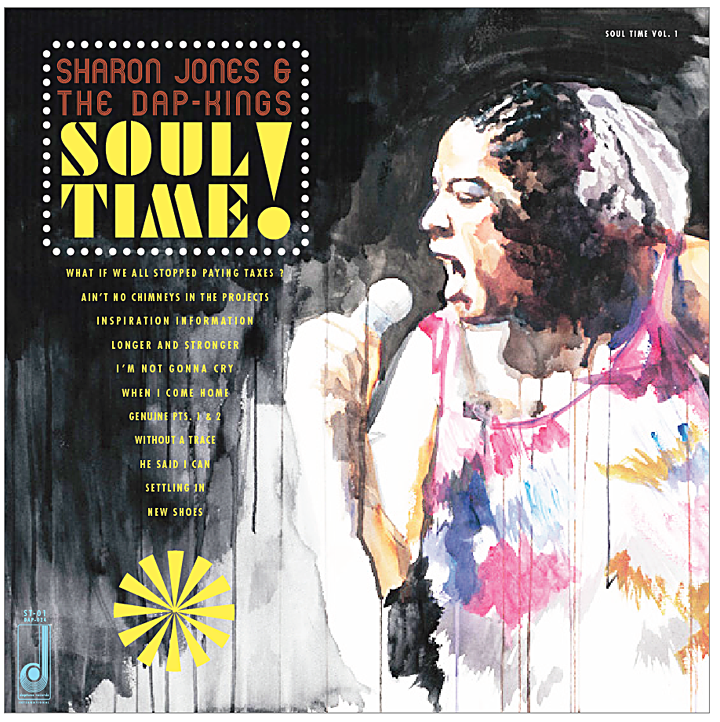 Further to a news story that we ran in September, we’re pleased to report that, despite a few delays, the fab new album from the wonderful SHARON JONES has just hit the stores. Recorded with her regular DAP KINGS, ‘Soul Time’ is A collection of rare tracks, B-sides and vinyl-only releases. Tracks include the supercharged funk of ‘Genuine’ ( Pts. 1 & 2), ‘Longer And Stronger’, a soulful Christmas track – ‘Ain’t No Chimneys In The Project’ and a cover of SHUGGIE OTIS’ ‘Information’.

To support the album SHARON has just announced a series of UK dates. She’ll be bringing her full soul and funk, all singing and all dancing revue over in March … the dates are as follows –

Check the venues for full details in the meantime learn more @ www.sharonjonesandthedapkings.com/shows