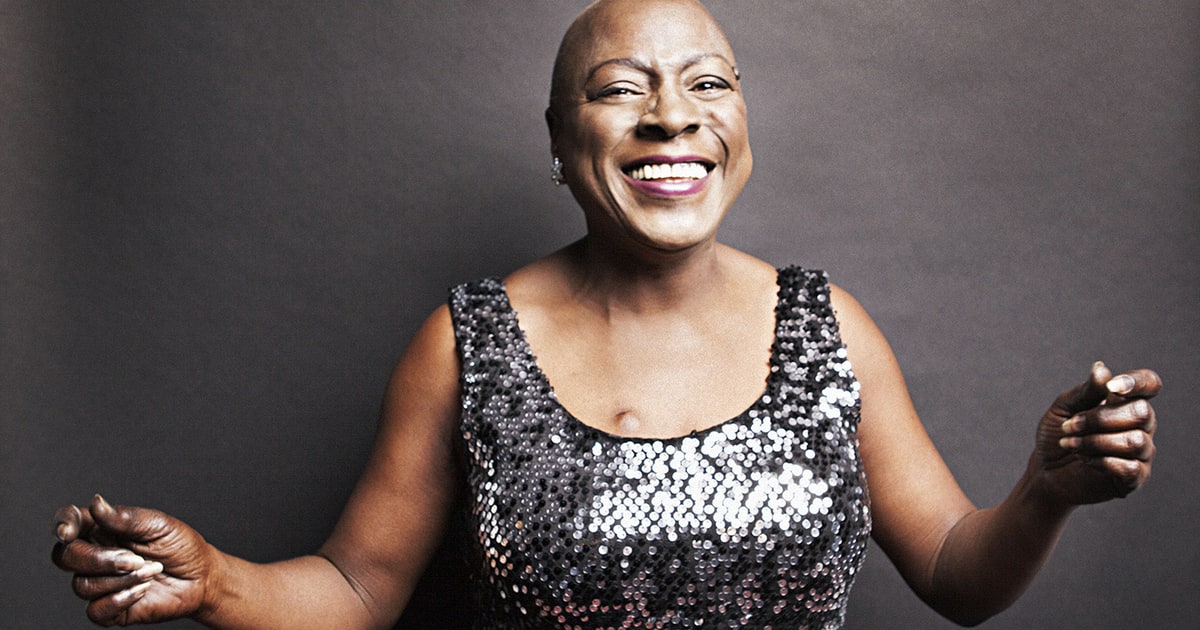 In a year of soul passings, perhaps one of the saddest is the death of SHARON JONES, who died yesterday, 18th November in New York. She was aged just 60 and few soul modern soul singers had paid as many dues as Sharon had. Born in Augusta, Georgia in 1967, she’d faced and beaten poverty, racism and record company rejection and by 2013 she was riding high. Then in 2014 she was diagnosed with pancreatic cancer and her burgeoning career was put on hold. Later that year it was announced that she’d beaten the disease and she went on the road to promote her wonderful ‘Give The People What They Want’ album. Sadly the cancer returned to claim her life.

Like most great soul stylists Ms Jones began singing in church, going on to front various funk bands. In the 90s she signed a solo deal with Desco Records, though still working as a prison guard; then later in that decade she signed with Dap-Tone and began working with the house band, The Dap-Kings.

In 2002, Shaon Jones and the Dap-Kings released ‘Dap-Dipping with Sharon Jones and the Dap-Kings’ which was followed by 2005’s ‘Naturally’. Sharon’s third album was ‘100 Days and 100 Nights’ which sold over 150,000 units and by the time of its release her wonderful live shows (shows that evoked the great soul reviews of the 60s) had earned her the nickname “the new Queen Of Soul”. ‘I Learned The Hard Way’ was Ms Jones’ fourth long player and at the time of its release, 2010, she was on a career high.

Sharon was diagnosed with cancer whilst recording her follow-up album and after she was given a (as we now know “premature”) all-clear, the Grammy winning ‘Give The People What They Want’ was released. The ten tracker typified Sharon Jones fiery brand of soul and funk, but if you want to hear her at her best, try the more mellow, more emotional ‘Making Up And Breaking Up’. Contemporary soul doesn’t get any better. Listen and you’ll realise just what we have lost…..