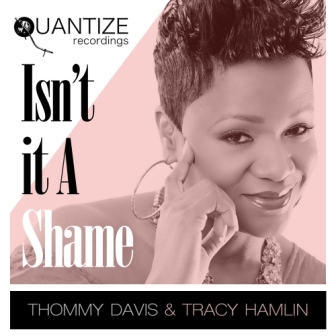 Within the UK soul community there are plenty of fans of the lovely TRACY HAMLIN. She started way back with the Jasper Street Co before moving on to Pieces Of A Dream. It was, though, her 2015 Expansion album ‘No Limits’ that really saw her solo career take off big time. Since then she’s released a plethora of quality singles – out on her own and as a key collaborator.

She gets herself started in 2019 with another major collaboration… this time with DJ SPEN and his Quantize set up. The song they offer may sound like an odd choice… it’s one from the pen of MOR balladeer Randy Edelman but Tracy, Spen and co-producers Thommy Davis and Gary Hudgins quite transform it onto a mini soulful house master jam! The production is big – massive even (I counted 9 backing singers on the credits!) Everything’s in there but nothing overshadows Tracy’s masterful vocal. Can’t resist saying this …. it would be a shame if you miss out on this one!!!