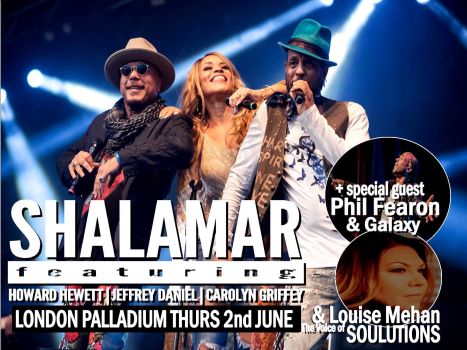 The trio will be criss-crossing the UK through May/June/July with a gala showcase at the famed London Palladium on 2nd June. At different venues, we believe there will be various support acts. At the Palladium, amongst the support acts will be Soulutions (see picture).

In tour down time, Hewett will be performing some solo dates including shows at London’s Union Chapel and up there in the Northern soul heartland… St Helens, Mereyside.

An astute search of the various ticket agency web sites will let you have full dates and details.