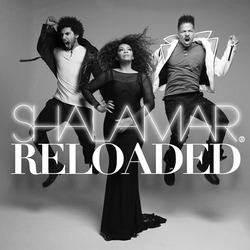 Most old school soul folk have a soft spot for SHALAMAR. At their height in the late 70s and early 80s the trio (Jeffrey Daniel, Howard Hewett and Jody Watley) enjoyed a lengthy run of hits and tunes like ‘Take That To The Bank’ and ‘A Night To Remember’ are regularly aired in disco and dance clubs all over the world!

From time to time various members of the band hook up to work the oldies and nostalgia circuit, but right now (indeed she’s been on the project for some 18 months) JODY WATLEY is working hard to create a brand new Shalamar group and sound, which, for obvious reasons she’s calling SHALAMAR RELOADED.

Jody says: “We decided we didn’t want to be a new version of a group with a long past, after releasing our first single and video ‘Slowdance’ we’ve now gone for an edgier sound and statement”. Make up your own minds as to just how edgy the new sound is as you investigate ‘O.R.I.G.N.A.L.’ Shalamar Reloaded’s latest single.

Helping Jody deliver are Ohio native Nate Allen Smith and choreographer Rosero McCoy and on ‘O.R.I.G.N.A.L.’ they really do deliver something markedy different to the usual Shalamar sound. Jody again: “Each of us had something to touch upon and we want people to know we are originals to this group – no replacements, wannabees or imposters. We’re on a mission to build a broader fanbase not locked into days gone by.”