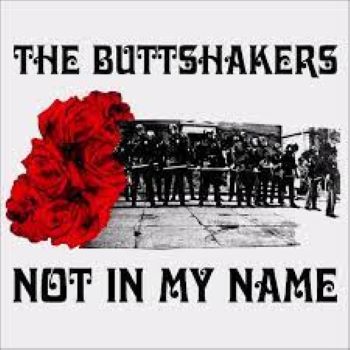 THE BUTTSHAKERS are a US soul and funk band who peddle a sound inspired by James Brown, Gil Scott Heron, Marvin Gaye and Curtis Mayfield. They’re limbering up to release a new album in November which they promise will, as their musical heroes did, shine a light on the political and social controversies of our time.

In the meantime, the band release a single from the long player this Friday. The cut is  ‘Not In My Name’… a tough and gritty funk tune featuring full on horns and a take-no-prisoners vocal from Ciara Thompson. The title says it all about the message in the music.

THE BUTTSHAKERS album ‘Arcadia’ out November 5th. The single ‘Not In My Name’ out August 13th via Underdog Records.