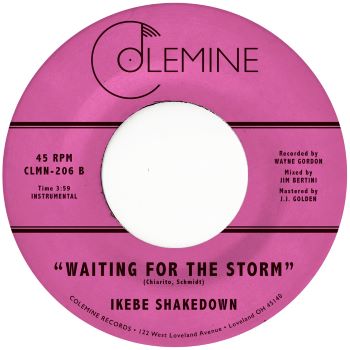 IKEBE SHAKEDOWN is a seven piece instrumental combo that came together in Brooklyn in 2008. They named themselves after a classic Nigerian long player and describe their music as “afro-soul”. The band have a couple of well-received albums under their collective belt and are now gearing up to release a new single… ‘Waiting For The Storm’.

The tune is bold, brash and brassy with an insistent little riff running right through it. Listen up to the horn solo too! Also a  definite afro beat feel to the tune(obvious, of course!) and it’s out now via Colemine Records.