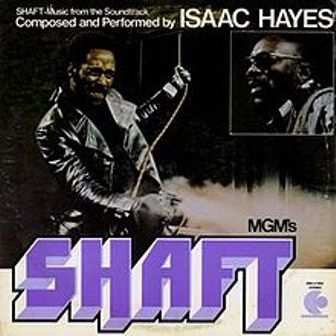 In 1971 the soul world was stormed by the release of the ‘Shaft’ movie and the accompanying ISAAC HAYES soundtrack album. However what many collectors don’t realise is that the music on the Grammy winning album wasn’t exactly the same as the movie music. Hayes worked on the ‘Shaft’ music in instalments – in between his then very busy schedule. He recorded tracks at the MGM studios and at Stax in Memphis – and it was the Memphis recordings that appeared on the original album.

In 2008, the actual movie music was released for the first time in a limited edition box set but now Craft Recordings will be releasing another limited edition (just 5,000) copies that brings together the movie music and a remastered version of the hit album. Release date is June 14th and the pack comes with in-depth liner notes from Ahmir “Questlove” Thompson who explains the confusion!