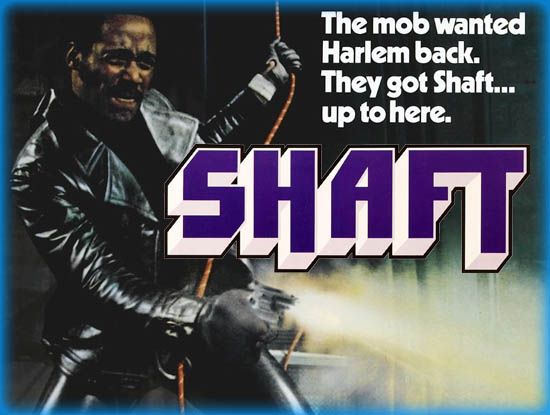 Wow, hard to believe but ‘SHAFT’ is 50 years old! To mark the anniversary of the iconic movie (and, of  course the multiple award-winning ISAAC HAYES soundtrack) several special one night only screenings of the film will take place across the UK. Tickets are available now for screenings at Everyman Cinemas in London, Bristol, Glasgow, Cardiff, Leeds and more.

The Richard Roundtree-starring film helped birth the blaxploitation genre. Roots frontman Questlove says that ‘Shaft’, “was the Big Bang of African American movies. . . . It was Year Zero for the movement.” Whilethe United States National Film Registry (a department of the Library of Congress) described the movie  as “culturally, historically, and aesthetically significant” when it was selected for special mention and preservation.

The famous Isaac Hayes soundtrack was equally groundbreaking with Hayes becoming the first African-American to win an Academy Award in a non-acting category with the 1972 Best Original Song Oscar for the ‘Theme From Shaft’. Questlove again: “Shaft did many things. What it did, most of all, was cement the relationship between African American movies and African American music. Every Blaxploitation film that followed, whether it was a straight crime story, a feminist rewrite, a comedy, or even a horror movie, had an accompanying soundtrack by an artist trying to put the black experience on wax”.