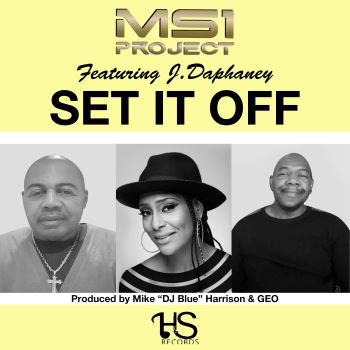 UK’s the MS1 PROJECT (essentially two brothers … MIKE HARRISON (aka DJ Blue) and session musician GEORGE HARRISON) are working on a new album…. ‘Remedy 4 The Mind Part 2’. It’s due later in the year but as a taster they’re gearing up for the release of the lead single… a rather tasty contemporary Brit soul groove, ‘Set It Off’ due for official release June 10th.

The tune rides a great groove and boasts a wonderfully soulful vocal from J.DAPHANEY. The track also features percussion by long time MS1 Project contributor Larry Salzman who recently contributed to tracks on U Nam’s California Funk Machine album  and he’s also worked with  Walt Disney’s Productions. The track was mixed by Rontheproducer (Ronny Jordan) and it augers well for the album. Bring it on!