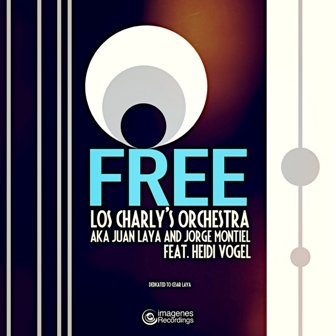 LOS CHARLYS ORCHESTRA (Aka Juan Laya & Jorge Montiel) are known (rightly) for their incendiary dance grooves. Often Latin-tinged, their back catalogue has had heads nodding and feet tapping world wide. Their latest release, however, is a little different; a gentle,70’s Motown flavoured ‘Free’ – which the boys say was inspired by Marvin Gaye and his ‘Inner City Blues’ . The song’s message is simple – a plea for “hope, respect, soul togetherness, peace and love for all humanity as one”.

The lithe, soulful groove is fronted by vocalist HEIDI VOGEL whose CV includes work with people like Erykah Badu, Quincy Jones,  Isaac Hayes and Bobby Mcferrin. This new ‘Free’ is a real delight and will be available from August 28th on Imagenes Records.