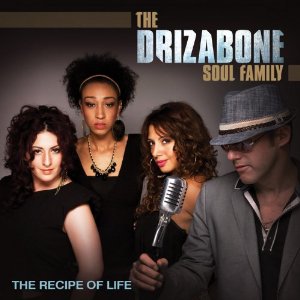 DRIZABONE SOUL FAMILY – a retooled version of Drizabone, the UK soul group that released the acclaimed album ‘Conspiracy’ in 1994, which included the hit ‘Real Love’ – release a new album called ‘The Recipe Of Life‘ on November 26th on their own Soul Family Records. As well as including original band member, Billy Freeman, the group now comprises three female singers – Nataya, Anna-Marie Johnson and Shniece McMenamin. The set has a distinctly retro, Motown-esque sound and also includes a revamp of ‘Brightest Star,’ one of the key cuts from their 1994 debut album.

For more info go to: www.drizabonesoulfamily.com

Look out for a review of the new album next month.