SEND ME NO FLOWERS! 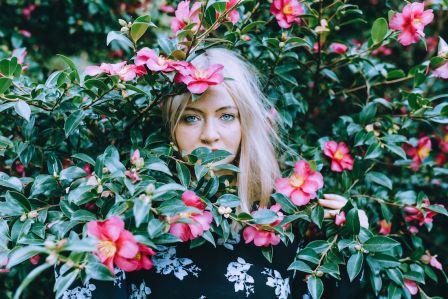 AUDREY POWNE is an Australian singer best known for fronting a band intriguingly named Leisure Centre. Right now, though, the Melbourne-based Audrey is focused on promoting her soon-to-be-available EP. From it the lead track –a gorgeous ‘Flowers’ – is already getting huge support from tastemakers like Jeff Young and Tony Blackburn.

The cut is hugely cinematic … lush, sweeping strings embrace Ms P’s innocent and naive (yet convincing vocal) and though it’s quite “different” it has huge appeal…. one listen and you’ll be hooked!

Audrey says the inspiration for the song was her mum: “My mum told me once when I was younger to ‘never trust a man who gives you flowers’ they’re probably trying to get away with something. It seemed incredibly cynical at the time until as a young woman I found myself bombarded with Red Roses from a boyfriend who repeatedly cheated on me. It was one of those moments where I thought MAYBE my mum was right.”

Well done mum! It’s a great song and augers well for the upcoming New York recorded EP…. Leisure Centre has new music on the way too. More of that one soon.