SEEK AND YE SHALL FIND…. 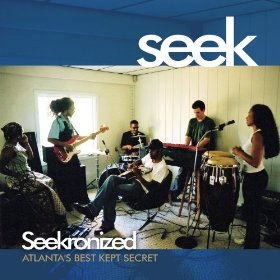 Modern soul connoisseurs of a certain persuasion will have fond memories of Atlanta band, SEEK. The short-lived but critically acclaimed combo cut three albums before disbanding allowing the different members to pursue other ambitions.

In the UK and Europe their cause was championed by Dome and that’s the label which has just released a 16 track retrospective of Seek’s career. The music on the album – which is called ‘Seekronized’ – comes from all three of the band’s long players.

Proper soul fans will love the tight little beaters that are ‘Talk About It’, ‘Journey Into Day’ and ‘Someday’ while the frothy Latin romp that is ‘Sky High’ pleases too and on the melodic ‘Last Night’ vocalist Lisa Terry – who co-wrote all the songs – is in fine form.

Lots of the material – stuff like ‘Mountains’, ‘Ever After’ and  ‘Something Real – stray into soulful house territory – ditto the remixes of ‘Right Here’ and ‘The Story Of Us’, but it’s top quality soulful house all the way.