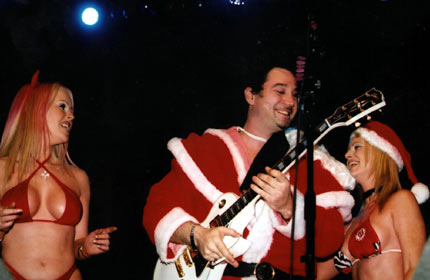 With just a week or so to go, HUEY MORGAN has released his very own Christmas single – the country-tinged ‘Christmas By The Side Of The Road’. It’s one of those special “untraditional” Christmas songs and makes a refreshing change from the usual turkey and chestnuts that are trotted out at this time of year.

The song’s taken from his latest album ‘Say It To My Face’ though the single’s B side – a version of JOHN LENNON’S ‘Merry Christmas War Is Over’ is a new recording. HUEY delivers the familiar song in a lazy , almost drunken drawl – taking it into POGUE territory. Both tunes are available now from the usual internet download portals.