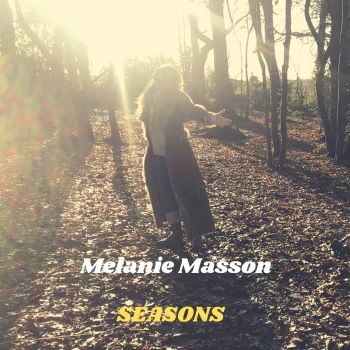 Like me, I’m guessing you don’t know too much about US synthpop band, Future Islands and their 2014 indie hit, ‘Seasons (Waiting On You)’. Nor, unless you’re a big fan of X Factor, might you be aware of powerhouse UK singer, MELANIE MASSON.

It seems that MM did very well in the 2012 season of the talent show and thus was signed up by EMI. Don’t think she’ still with EMI but her CV reveals that she’s hardly been out of work  – recording, performing, session work and acting ever since her X Factor exposure.

Last year she released the single, ‘Why Don’t You Love Me?’ and now she’s all set to follow that up – which brings us back to Future Islands. You see Melanie has chosen to cover that band’s aforementioned ‘Seasons (Waiting On You)’ and she totally reimagines it.

What she and producer Tristan Longworth do is to give the song a sort of Northern soul vibe. They don’t quite get it totally authentic – few modern artists and producers do. They’re far too young to have been there in the Golden Age and/or to  fully understand the northern concept, but, hey, Melanie and team do a great job. The tempo on her ‘Seasons (Waiting On You)’ is pacey and danceable, there are tinkling vibes, a catchy chorus, parping brass, cooing backing vocals and a big, big performance from Ms Masson. It’s totally enjoyable and though it might not fool the Northern die hards, it’s still a great little cut. It’s out now and we believe it’s also the title cut from an upcoming album.