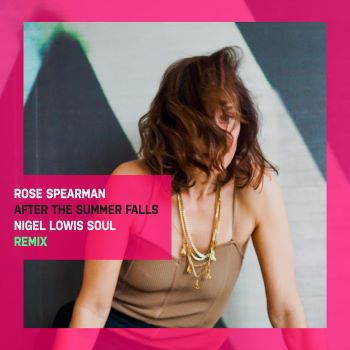 ROSE SPEARMAN is a mixed race soulstress currently based in Holland. She has an impressive CV that includes performances at places like Glastonbury and the Montreux and the North Sea Jazz Festivals and she’s crossed genres via collaborations with people like Kerri Chandler, Roger Sanchez, Solomon Burke, Jools Holland and KT Tunstall.

Right now, she’s getting ready for the June release of a new album ‘King Of Air’ and as a taster she’s just released the single. ‘After The Summer Falls’. The cut is a rolling, contemporary, very catchy soul groove with considerable appeal especially in the Nigel Lowis mix. The production’s big and punchy and easy to hear why Ms S is such a popular live draw and an in-demand collaborator.