SEARCHING FOR THAT POT OF GOLD 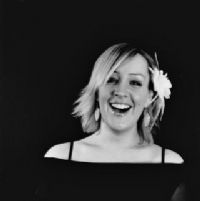 With three full albums already under her belt, ALICE RUSSELL is set to launch her new set – ‘Pot Of Gold’ – at the end of November. Long-considered one of Britain’s most underrated soul vocalists, ALICE has set up her own label, Little Poppet, for the release. With full artistic control, she’ s put together a varied collection that’s unified by her edgy, aggressive soul style, which, in the past has drawn comparison with the great ETTA JAMES and the rockier JANIS JOPLIN. A couple of cuts are already causing ripples in the music biz. One is ‘Two Steps’; with zipping strings and furious beats, it’s as authentic a Northern soul sound as anything recorded this side of 2000. The other cut causing a buzz is a moody cover of GNARLS BARCLAY’S ‘Crazy’ which will serve to remind soul parvenus that that there really is no substitute for experience.

Tags: SEARCHING FOR THAT POT OF GOLD