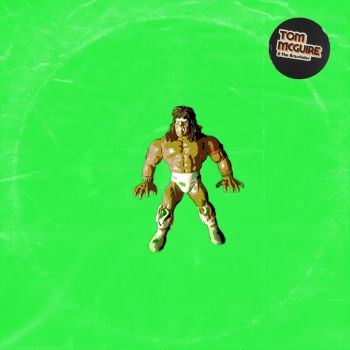 Latest single from Glasgow funkateers, TOM McGUIRE and the BRASSHOLES is a frenzied, funky ‘24/7’ and it’s the follow up to their equally hard hitting, ‘2008’ which was unleashed back in July. Big Mac tells us that the new song is “a self-deprecating account of the trials of being a musician today, poking fun at the ego that rears its ugly head in the weakest moments, earnestly confronting the fragility and insecurity that accompanies an artist’s journey.”

However, as with all the Brasshole’s output, it’s the musical full frontal that grabs you by the you know whats  before you get to grips with the message in the music.

TOM McGUIRE and the BRASSHOLES ‘24/7’ is out now and is taken from their upcoming ‘Stay Rad’ album …and  a note for your diary, the band will be headlining Glasgow’s famed Barrowland Ballroom on January 27th