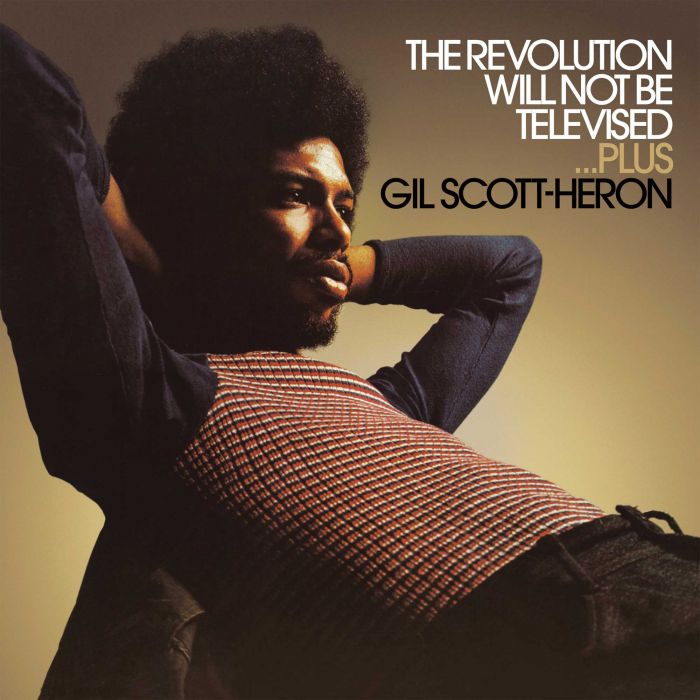 Ace Records’ BGP imprint have just released a lovely new look at GIL SCOTT HERON’S ‘The Revolution Will Not Be Televised’. The long player originally came out in 1974 as a kind of a Flying Dutchman primer of what the enigmatic Mr S H was capable of. Its key cuts apart from the title tune were classics like ‘Pieces Of A Man’, ‘Did You Hear What They Said?’, ‘ Home Is Where The Hatred Is’ and ‘Whitey On The Moon’.

This new CD release features all the LP’s 11 tracks alongside 9 “bonuses”. The selected extras provide a well-rounded look at the first years of Gil’s recording career. Songs have been chosen that reflect the spirit of the original album. The tracks combine songs and spoken word pieces, including the original take of the title track.