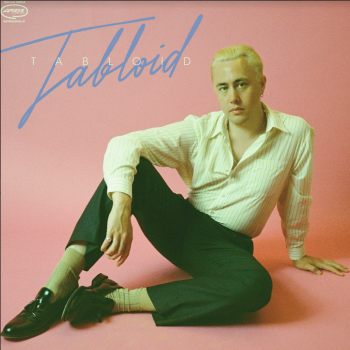 JOHANNES WAMBERG is a Danish guitarist  who’s just released his debut album, ‘Tabloid’, on which he sets out to defy Scandinavian stereotyping by offering a menu of guitar-led smooth jazz – his own riff on the classic American-birthed sound. Not for him a music that conjures up moody and melancholic moods (well, not entirely!)

Wamberg and his team (a band of top Copenhagen session players) set out their stall right from the start with the brisk and bright ‘I Love  U’ – a US sounding cut for sure with intriguing guitar/brass interplay. The following ‘K’ is a moody funk offering while ‘Ile Flottante’ offers   another pacey, soul-based groove. The album’s big slowie is the stately ‘Altid’  while   the gentle closer ‘Salme’ seems to take Earl Klugh as its reference point.

The cuckoo in ‘Tabloid’s’ nest is the atmospheric ‘Til Stede’ – a cinematic, melancholy almost five minutes worth of atmospherics that would grace a classic 60s/70s Scandi movie.