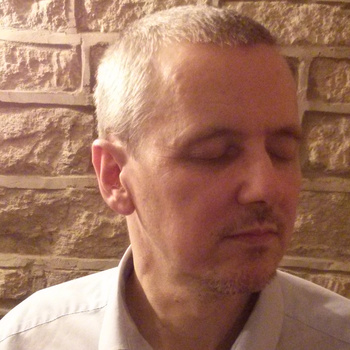 JEREMY PLATT is a jazz multi instrumentalist who debuted with the poppy ‘Something About Blue Skies’ from which the single ‘Hungry’ received loads of airplay across Europe and North America.

Jeremy’s current project is the piano trio, Jazz Soul Moment, which features Frank Felix on bass and John Boulton on drums and November sees them release their debut set – a mini album called ‘Sometimes Saying Your Name’ . The in-demand piano man is quite candid when he says that the 7 tracker is an unashamed homage to two of his heroes – Ramsey Lewis and Les McCann.

Recorded in analogue, the trio wanted to create a spontaneous feeling – much like Ramsey Lewis did during his famous Bohemian Caverns recordings and that’s exactly what they’ve achieved. Tracks like ‘Streams’ and ‘Take Me Where Love’ is are redolent of prime time Lewis though that latter tune has the lovely feel of Les McCann’s ‘Compared To What About’ it.

‘Sometimes Saying Your Name’ and ‘Inside Kiss’ are a pair of delightful ballads – perfect for those Quiet Storm moments, while ‘ Half Life’ is the set’s blusiest opus.

The album also boast two vocal cuts…. ‘Born To Cry’, a lovely ambient piece that would sit well on any Cafe Del Mar compilation. Then there’s the quite remarkable ‘You Happen To Me’. This starts with a piano riff that could be Ramsey Lewis covering ‘River Deep Mountain High’ before Platt’s fragile falsetto kicks in. The obvious reference point is Curtis Mayfield (maybe channelled through Jay Kay) but the melding of voice and piano is quite mesmerising , especially on the melodic chorus hook.

The Jeremy Platt Soul Moment’s ‘Sometimes Saying Your Name’ is released on Without Understanding on November 24th.