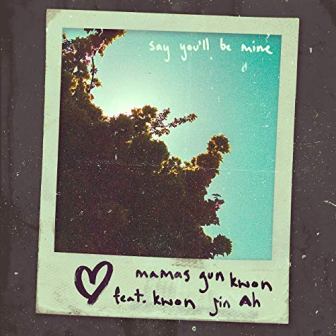 MAMAS GUN have fast become everyone’s fave UK blue-eyed soul band. Their last LP, ‘Golden Days’ was hugely popular and just last week they issued a lovely single from the set…. a re-recording of the sweet ‘This Is The Day’.

However, the eagle-eyed soul crowd have noticed a totally new Mamas Gun tune doing the rounds without too much fuss or publicity. It’s called ‘Say You’ll Be Mine’ and features guest input from Korean vocal star Kwon Jin-Ah. It’s the band’s attempt to crash the lucrative Asian market… but sadly Mamas Gun’s people tell us that there are no plans to release the track in the UK!!! Bonkers… it’s one of the best Mamas Gun cuts (ever) and I dare to suggest you won’t hear a new, sweeter, Philly style ballad right through 2020. If Radio 2 got hold of it, it would be a smash! Seek it out… you won’t be disappointed!