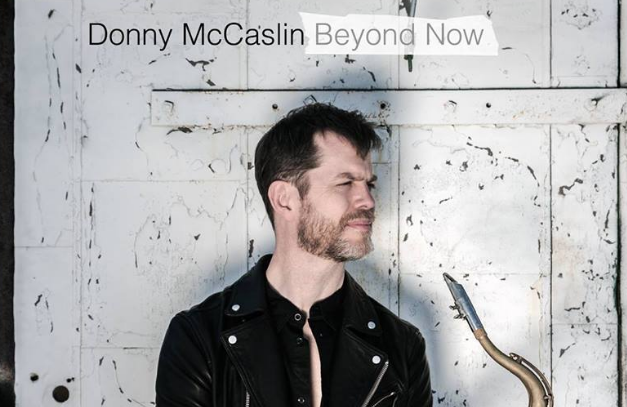 American tenor saxophonist, multi-reed man and flautist, DONNY McCASLIN has been around recording since the late ’90s but since his featured role on the late David Bowie’s Mercury Prize-nominated album, ‘Blackstar,’ he’s appeared on the radar of mainstream rock and pop enthusiasts.

The 50-year-old Californian musician – who has been a stalwart of the Maria Schneider Orchestra – releases his tenth long player, ‘Beyond Now,’ via Motema Music on 14th October. A meld of exploratory post-bop jazz, rock and electronica, it was produced by fellow American saxophone player, David Binney, and contains nine songs, including five originals, as well as striking interpretations of two Bowie songs – ‘A Small Plot Of Land’ and ‘Warszawa.’ McCaslin is accompanied by a band that features ace drummer Mark Guiliana (renowned for his work alongside Brad Mehldau) and vocalist Jeff Taylor.

McCaslin has dedicated the album to David Bowie and writes in its liner notes: “It was like a dream, except it was something I never could have dreamed of. David Bowie was a visionary artist whose generosity, creative spirit, and fearlessness will stays with me the rest of my days.”