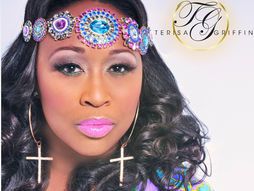 Louisiana’s TERISA GRIFFIN impressed a lot of proper soul fans with her January album Revival Of My Soul’. The one time backing singer for people like Isaac Hayes, Ashford & Simpson, Roberta Flack, Jerry Butler, Patti LaBelle, Rahsaan Patterson, Diana Ross and Floetry won friends with her cover of ‘Distant Lover’ and her own complex neo-soul musings.

One of those originals was the dramatic, gospel-tinged ‘Save Me (A Woman’s Testimony)’ which has just resurfaced in an equally dramatic and very different mix. The new tweak comes from ERIC KUPPER who, without radically altering the message, takes the tune into soulful house territory and with Ms Griffin at the mic, the emphasis is on the SOUL in soulful.