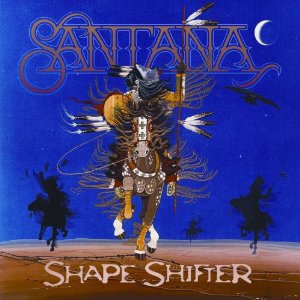 Moustachioed Latin guitar god, CARLOS SANTANA, releases a new album, ‘Shape Shifter,’ via his own Sony-distributed Starfaith label on May 14th. Unlike his most recent studio recordings – which yielded numerous Grammies and big global hits – this new 13-track set (his 36th album) is mainly instrumental and coincides with a two-year residency at Las Vegas’ House Of Blues venue.

Interestingly, Santana has dedicated the album to Native Americans and following on from President Barack Obama’s signing of the 2009 Native American Apology Resolution – as well as the Australian government’s apology in 2008 to its Aboriginal people, says: “I encourage any and all countries (that have not as yet done so) to acknowledge the first people of their land, and make this a collective global effort.”