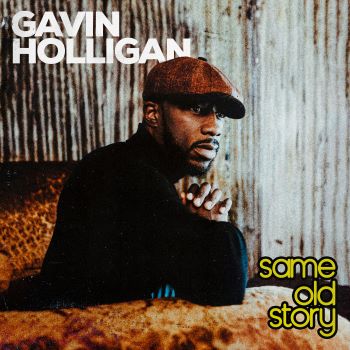 UK soul man GAVIN HOLLIGAN is an ex-professional footballer. He spent, we’re told, three years with West Ham but an injury forced an early retirement. Rather than follow the well-trod path to TV punditry, Gavin decided  he could make it as a  soul singer and earlier this year his single, ‘This Hotel Is Closed’ won him plenty of friends and bags of airplay.

Mr H now follows that one with another contemporary soul gem, ‘Same Old Story’. Lyrically, the song paints a stark picture of the current information age we live in. He says: “After almost 3 rather controversial years, I felt it was time to put this song into the world. I wrote this in 2019, but after what we’ve all been through, it feels like the right time to share this piece”.

Sonically, this ‘Same Old Story’ is laid back  and languid with a jazzy undertow vis some sweet horn play and scat singing on the fade. Gavin’s vocal throughout shows he made a wise choice to get into the music business. Out now