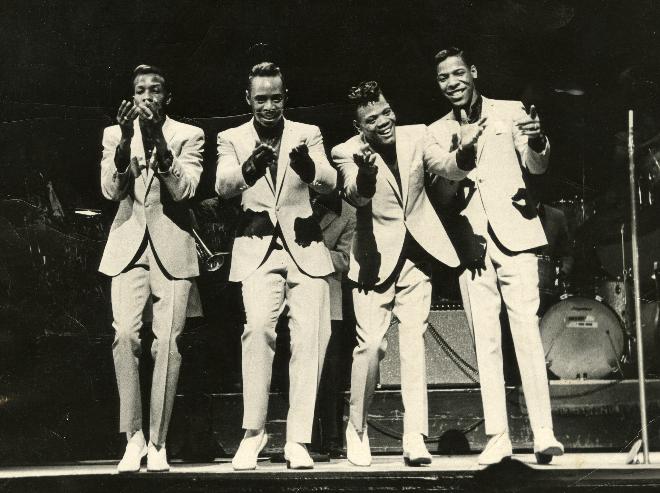 SAM PACE, tenor singer with Milwaukee soul harmony group THE ESQUIRES, died on Monday January 7th after what was described as a long illness.

Born in Kansas City, PACE was 68. He joined THE ESQUIRES in 1961, four years after they were formed. After touring throughout the Midwest for years, it was finally in 1967 they had a hit with the ultra catchy ‘Get On Up’ (#11 Pop, #3 R&B) on Bunky Records (distributed by Scepter). Though the group hailed from Milwaukee, their signature sound was that of the great Chicago soul groups – most notably THE IMPRESSIONS. That sound – based on Gospel traditions – emphasised the importance of end phrase harmony …creating a unique and infectious vocal cocktail. Group mentor BUNKY SHEPPHARD aped the same sound for the follow up ‘And Get Away” (#22 Pop, #9 R&B-1967) but three more singles on Bunky and Wand failed to register. They did, though, return to the R&B charts in 1971 with ‘Girls In The City’ (#120 Pop, #18 R&B) on Lamarr Records. A re-make of ‘Get On Up ’76’ (#62 R&B) marked the end of their recording career that year, but THE ESQUIRES kept on performing into the late 2000’s. PACE is survived by his wife, Patricia Pace; daughters Tammy Pace and Toni Dinkins; son Sam Pace Jr.; and brothers Louis Elder, Robert Pace, Cedric Elder and Allen Pace. Bass singer MILLARD EDWARDS is now the only surviving member of the original group.

SAM PACE is on the left of our vintage group picture.

It’s also been announced that LEROY BONNER of THE OHIO PLAYERS has died. He passed on January 26th in Trotwood, Ohio after a long battle with cancer. He was 69.

Nicknamed ‘SUGARFOOT’, BONNER joined THE PLAYERS as lead singer and guitarist in 1971. He was a member of the band during their most successful period and featured on the hits ‘Fire’, ‘Skin Tight’ and ‘Love Rollercoaster’.

In 1985 he released an acclaimed solo album – ‘Sugar Kiss’ and for many years he led a spinoff band called SUGARFOOT’S OHIO PLAYERS.