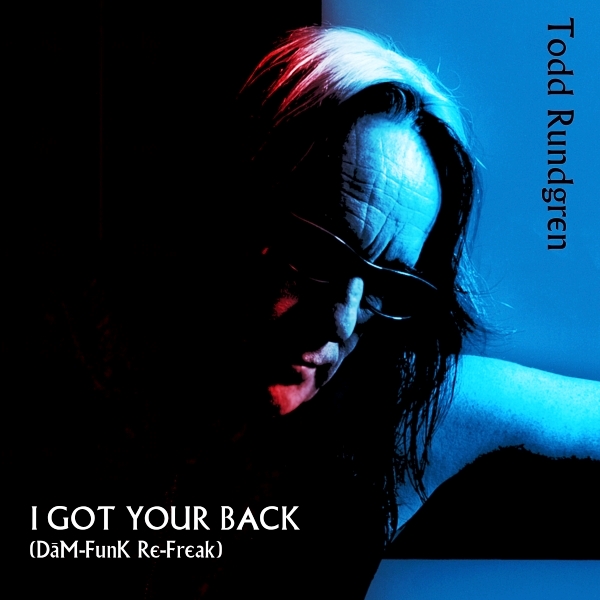 We know plenty of soul fans with a soft spot for TODD RUNDGREN…. the allegiance probably dates back to his melodic blue-eyed soul tune, ‘I Saw The Light’. Pigeon-holed “jazz-art rocker” by some commentators, Rundgren’s last album, ‘White Knight’ consolidated his position as an eclectic performer.

Key cut on the album was the collaboration with R&B star DāM-FunK that was ‘I Got Your Back’. Well now DāM-FunK has revisited the tune, adding more smooth e-piano grooves and a heavy bass synth line; the new “Re Freak” mix is picking up plenty of airplay.

The new tweak is available digitally via Cleopatra Records and it sits alongside (as a B side, if you would) a special downloadable release of Trent Reznor and Atticus Ross’s remix of the Rundgren tune ‘Deaf Ears’. That one’s a whole lot quirkier than ‘I Got Your Back’ – but never less than interesting!