RUFFIN REVIVAL… AND WHY NOT? 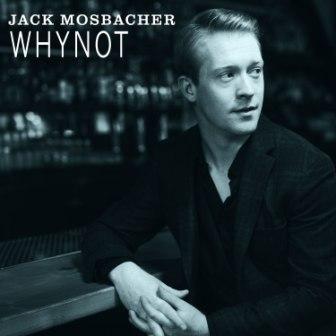 To many DAVID RUFFIN is up there with the greatest soul voices of all time. Sadly a lethal combination of ego and addiction took its toll and the iconic Temptation died tragically too young in 1991. His impact though has been huge – his albums (solo and with the Tempts) are hugely collectable and he’s influenced generation upon generation of wannabee singers.

One who’s felt the Ruffin influence is San Francisco blue eyed soul man JACK MOSBACHER. Despite a varied CV (Jack’s a published writer, a university baseball star and a human rights activist) he’s chosen music as his career and he’s determined to share his love of classic soul – especially Motown – with a wider community.

To that end he’s just released a four track EP to his especial hero – David Ruffin. The mini-album is called ‘Whynot’ (the name of Ruffin’s Mississippi hometown) and here’s the story. In the late 60s and early 70s David Ruffin recorded countless tracks at Motown and as was the Motown way, many stayed unreleased. In 2004 an album of some of those cuts was released as ‘David’ and billed as “the long player that never was”. The 12 tracker was embellished with 11 “bonus” cuts and Ruffin fans were delighted. However, the collection was soon out of print and though it has been reissued, it’s still not that easy to find.

Enter Mr Mosbacher. He’s chosen four of those Ruffin rarities for his remarkable tribute. The songs are ‘Your Heartaches I Can Surely Heal’, ‘I’ve Got A Need For You’, ‘It’s Gonna Take a Whole Lot Of Doin” and ‘Get Away Heartbreak’. In best Motown tradition, the four cuts have been recorded in analogue using live instruments and top session players and the result would, we’re sure, have pleased Mr Ruffin!