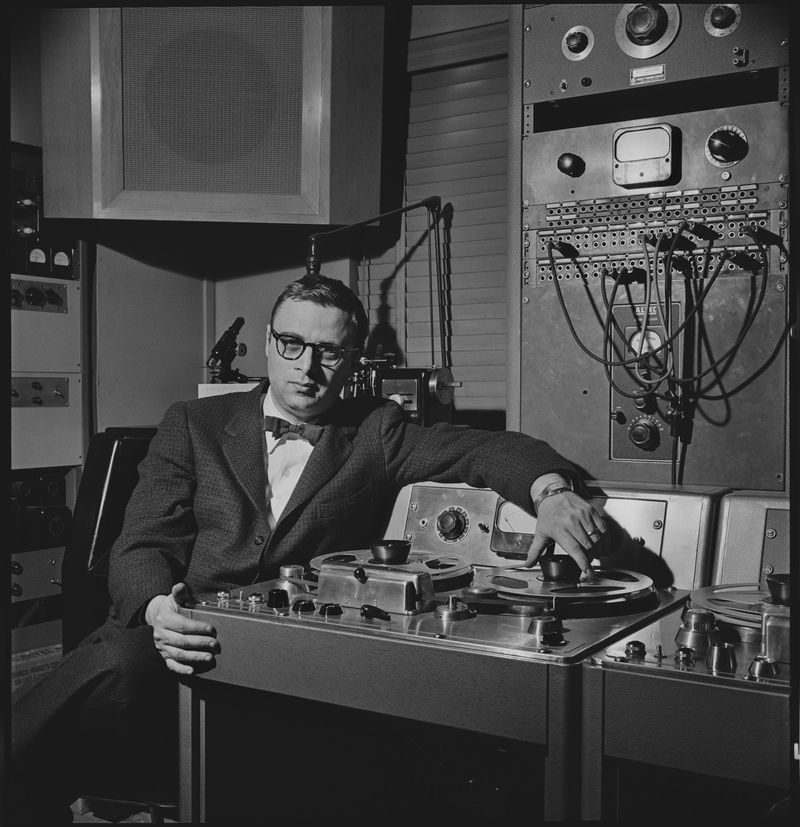 It was announced yesterday that the legendary recording engineer, Rudy Van Gelder – who revolutionized the recording of jazz in a studio environment – has died. He was ninety-one.

An optometrist by trade, New Jersey-born Van Gelder was also a jazz fan who had learned the trumpet at school and then developed a passion for perfecting audio sound which grew from his interest in amateur radio. He started to accumulate audio equipment in his parents’ house in Hackensack, New Jersey, and from there he developed his own recording studio set up in their living room. He came to the attention of Blue Note records’ co-founder, Alfred Lion, in 1952 and began recording some of the label’s artists. He gained a reputation for his clear sound and faithfully reproducing the sound of instruments so that they sounded realistic. In 1959, he moved his studio to a purpose built building at Englewood Cliffs, New Jersey, which was a domed, chapel-like structure whose futuristic interior was inspired by the architect, Frank Lloyd Wright, and made from wood.

As well as working on countless sessions for Blue Note between 1953 and 1971, Van Gelder’s stature in the jazz world also meant that other labels were keen to use his services, which included Prestige, Riverside, Impulse! (John Coltrane’s 1964 magnum opus, ‘A Love Supreme,‘ was recorded under Van Gelder’s supervision at Englewood Cliffs), Verve and in the ’70s, he engineered much of the output by producer Creed Taylor’s company, CTI Records.

In more recent times, Van Gelder remastered most of Blue Note’s catalogue on CD in the label’s acclaimed RVG series and performed a similar role for Prestige’s archival material.

Eric Dolphy – Out To Lunch